During the enforced lockdown, when nobody could do anything about it, both GB3GD and GB3IM-S developed faults.

GB3GD drifted up the band by about 4KHz and GB3IM-S became ultra-QRP so that it could only be heard - and then only just - in the vicinity of the Bungalow.

Dave and Ed packed-up some kit and walked to the site to effect repairs.

GB3IM-S had developed a dry joint in the PA module, and a replacement restored normal output. The failed module has since been repaired and is kept as a future spare.

GB3GD's transmitter module had developed a crystal oven fault, causing it to run cool (about 40°C instead of 84°C). This caused the crystal reference oscillator to go high. A replacement unit was fitted and the frequency returned to normal. This had the added benefit of significantly improving the talkthrough audio quality.

After an enforced absence due to winter nastiness, we're back!

(Note: 26 March 2014 - Some comments have been received that coverage is slightly different to how it was prior to our disappearance. This may be accounted for by the fact that the antenna, whilst at the same height as before, is slightly further around the tower to the north side. Compare the picture (from Ed - GD6XHG) with previous ones to see what I mean) 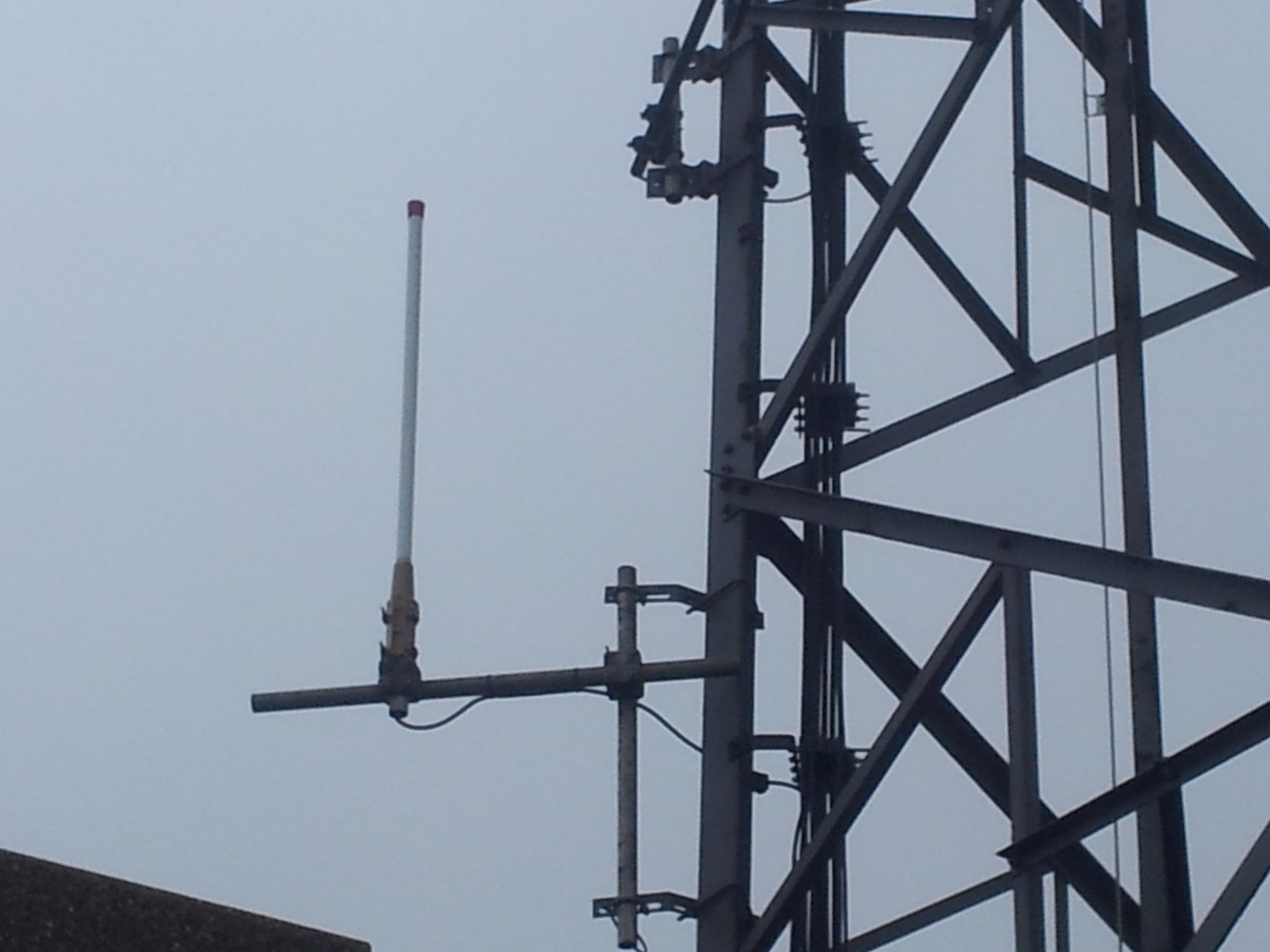 On Wednesday 11th December, the Comms Division rigger visited Snaefell for various purposes. Whilst there he assessed the situation with our antenna.

The reason for our predicament is readily apparent from the picture below (courtesy of Andy Griffith of Dee Communications):

If you're struggling to make sense of it, the antenna is hanging upside-down by the feeder. The horizontal support pole and the mast support pole can be seen to the right of the antenna.

The reason for this situation is that the welds on both tower cleats have snapped. The remains of the lower tower cleat can still be seen, attached to the tower leg, in the upper-left of the picture.

This is how it all looked before the clamps snapped: 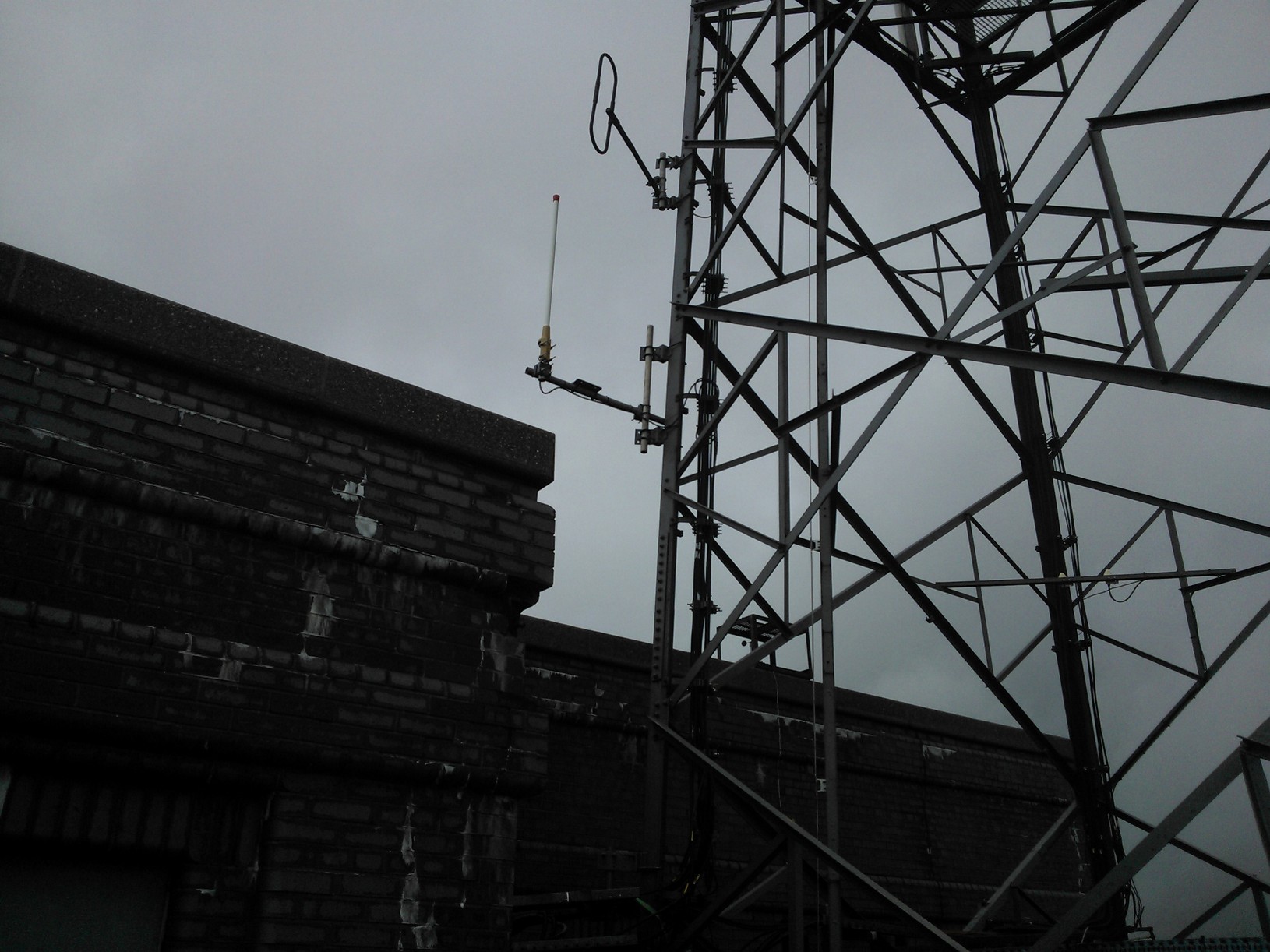 At the time of the visit the wind speed was quite high and it was deemed unsafe to climb, otherwise Myles would have re-instated the antenna for us. In the event, the only course of action available was to disconnect the feeder and remove the antenna to the safety of the main building, where it is now stored.

In spite of the huge amount of physical abuse it must have taken during the failure of the clamps, the antenna appears to be unscathed, which speaks to the build quality of the antenna - but not the tower cleats!

In the event that a weather window occurs between Christmas and New Year, a team will walk up Snaefell with a view to re-installing the antenna. All of the requisite hardware (cable, connectors, clamps etc) is already up there in anticipation of there being an opportunity to carry out the work.

Please check back for further updates.